But,- the morning didn’t quite start as “normal”- we had have uninvited guests in our home that night- when we was sleeping 😳.

We did live in a big townhouse at that time, with 4 floors. Me on the top floor, then the livingroom area with kitchen, then my children’s room and a garage on the bottom.

It was,- like some of you already know,- to big for us three and to expensive for my “wallet” too. It was not the plan to live three people in that townhouse 😅. But I/ we didn’t have any other places or options at that moment. We did sign a 11 months contractc ,- “the bump” and me. “The bump” did actually payed the depositum for the apartment. So that was good 😅. And I did get the deposit back- into my wallet 😊.

Anyway,- I did wake up and went down the stairs to the livingroom ….. and there was a bit of a mess 😳. Someone had been in our home that night when we was sleeping 😳. Our front door was open- the front door we normally never did use. Normally we went up from the garage. So this door was in general always locked. Now it was totally open 😳. I went straight down to look after my children first of all- just to see all was fine with them. And PHU! All was good- they slept very well. And I didn’t wake them up at that point. I needed a bit time on my own first.

Then I actually didn’t know quite what to do. If this has been in Norway I have called the police, my work and some close family or friends. But I was probably in a bit of shock. New country, new experience, new status in my life, new languages ect ect. The months had so fare been just focus on my children and try to do the best of “it”- and following them up as best as I could at school, footballtraining and with their new friends.

I haven’t actually been to much around in the area either. My time was more and less work, and time for my children so they at least had a pleasant staying in Spain. After a while I manage to call my job and a friend/ a Norwegian family we spend a bit time together with. This family did take a bit care of us- in away,- in the start when we did come to Spain 😊.

The family had lived in Spain for 16 years, and helped us out with different kinds of things- also this 🧡. The bugglery. The broke-in.

At the police- station they did translate for me. And they told me what I should do and how I should do things. Things and procedures are not similar in every country in Europe.

It was not a very nice surprise to wake up to this 😳, – and also before Christmas…..and not to long after “the drop off in Spain” either. Phuha- like the Danish ones says 🙄.

Lucky for me/ us the thief/ thieves haven’t take any of the Christmas- gift my children should bring with them to Norway. But they did take a lots of other things. Our iPads, my newest and best lap- top, all the cash- money we had. And at this time is was more normal to pay with cash then card. Now it’s a bit more card, then money. So there was a bit cash to take. Also because I had taken out some money to my children, so they should use in the airport for their travel to Norway- in just a few days.

I don’t remember how much. But enough to set me and the economic situation even more back then it already was 😔.

I did have a travel insurance at that time,- but the deductible on insurance was higher then the cost of the things, and since I was not sure how much money they did steal the insurance didn’t cover anything. They didn’t just took my money/ cash, but also my children’s money, – and my daughter’s birthday- money as well. And I haven’t a clue how much that was.

Like I did mention, – in Spain at that time, cash was the normal way to pay. So I did have some cash in my wallet and in my home- always .

The police was in our apartment 2 or 3 days. With a lots of different equipment, such as FBI fingerprint equipment. ( you can see the fingerprint at one of my photo- not the best photo in the world- but okay. It’s a “memorie” for us 😅).

It was fascinating to watch as the police worked – but a bit boring not to be able to clean up after the burglary before the police finished the technical investigation at “the scene”. Our “home”.

They did never catch the thieves, and we have no idea who it could be,- the thieves. We didn’t knew very many around here at that time.

The Christmas- magic did show up 😊. A Norwegian family had an apartment they in general just used in the summertime,- and we could rent that one until 1. July 2014.

So my first Christmas alone in my life, I actually used to move. I didnt celebrate Christmas, I did pack all our stuff, clean up the apartment, drove away, and didn’t look back.

I moved out from that apartment and into an other one at Christmas- evening. My children was in Norway this Christmas, and come home to “a new home in Spain” in the end of December 2013 😊. That felt incredible good 😊.

So that was my first Christmas time in Spain as well as my first Christmas alone, on my own 😊. I was not in a very Christmas mood either,- at the same time as I was. Because in a strange way the magic around the Christmas-time did “touched” us,- and find a “new home” for us for a while 🌟. But at that time I just wanted to get things in order- as good as possible at least 😊. But I still remember this Christmas and both the days before and after 😊. And during the last years I see that in way the Christmas- magic did come to our life- in from of a new rental apartment 😊.

It’s a bit “special” Christmas “memorie for us,- maybe not the best one 😅. But it’s still a bit difficult to forget this Christmas 😊.

Do you have a not to good Christmas- memory,- that in “magical ” way ended good? 😊

I wish you a great day or evening wherever in the world you are 🧡. Thank you so much for dropping by my blog today too 🧡. 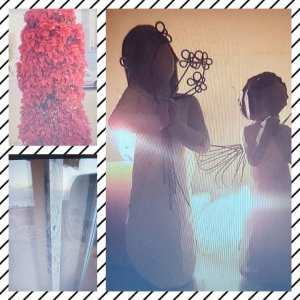 Not the best photos- from the Christmas 2013. But not the best Christmas either. A Christmas with a bugglery in our apartment, at night when we all did sleep. And still with a bit Christmas-magic too 😊.